It doesn’t matter whose house I’m at or what country I’m in, if there’s an opportunity to do some little house project or craft, I’ll jump in right away. And then when there are no projects people want me to jump into, I’ll create my own.

My grandma’s house in Colombia is a second home for me, and my grandma loves when I show a little love to any corner of the house. She has two very artistic grandchildren, and since she’s a lover of the arts herself, she is all for us getting our hands dirty – but then thoroughly washing them before we touch anything else on the property.

The end of our trip was coming and my cousin and I were itching to do something and get that feeling of satisfaction over a newly completed craft. As I was pacing around the house, I realized the outside of my grandma’s house had some very pretty columns, but they were all white, and they had a lot of detail on the top, the type you see in movies or opulent architecture structures, that should be gold. And so I immediately thought to myself, this is it. This is my project. Let’s make grandma’s columns shine in the full glory they were intended to do! Also, the entire house was white, and it badly needed an accent wall. I’m notorious for pushing accent wall ideas on my mom 😛 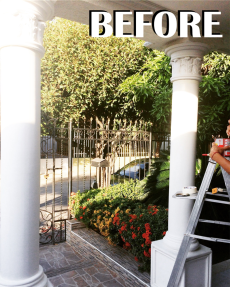 The outside columns, right before we got to work 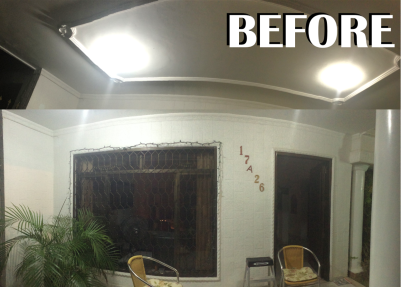 See the ceiling detail that looks like a rope? And around the window and door?

So I went to the hardware store, bought a quart of gold paint, some brushes, paint thinner, and paint tape, and got to work with my artistic cousin. It took us about two days to finish the details (there were a lot), but the final result was absolutely worth it.

Now, not so fast. for our first #FixItMoment of the year: since it was for exterior work, I got oil-based paint and thinner. And since both my cousin and I were painting simultaneously, we needed to have separate containers for the paint, so I poured some for me on a disposable plastic cup. So I’m mid-painting, minding my own business, when I start feeling a liquid trickling onto my toes and I can’t figure out where it’s coming from because I keep looking up… and then as soon as I look down and realize the paint is penetrating the cup and I’m about to cover it before it spills any further, the entire bottom of the cup gives out and disintegrates and ALL of the paint plummets to the ground and sprinkles all over me. I was in shock and unmovable for a good 5 seconds until I gathered my senses and went to grab thinner to clean up the mess before it dried, but you know what I’m also notorious for? Not wearing aprons or craft-friendly clothes when I’m working on something, and I wear pretty dresses instead… long story short, I was able to clean up most of the big mess but there were some dots that got absorbed by the gravel and by my dress, and these are permanent. The ground ones are not too bad or noticeable, and on my dress there was one pretty obvious one, but knowing me, I’ll wear it regardless. Not a total fix, but #ItsHandled.

And now, for the big reveal! 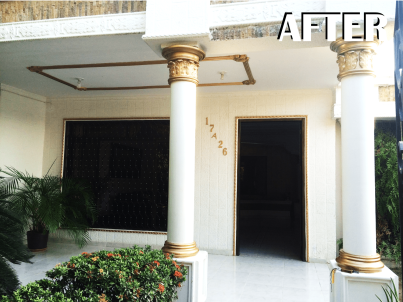 This is the full area from the outside. We painted both columns top and bottom, the ceiling detail, and the trim around the door and window + the house numbers 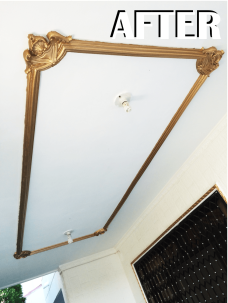 Close-up of the ceiling detail 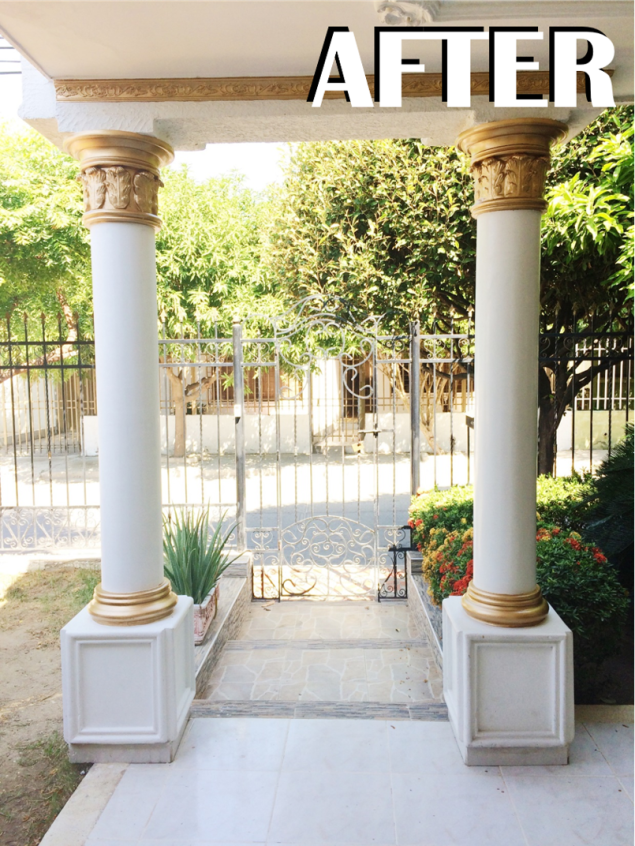 Outlook on both columns from the inside of the house 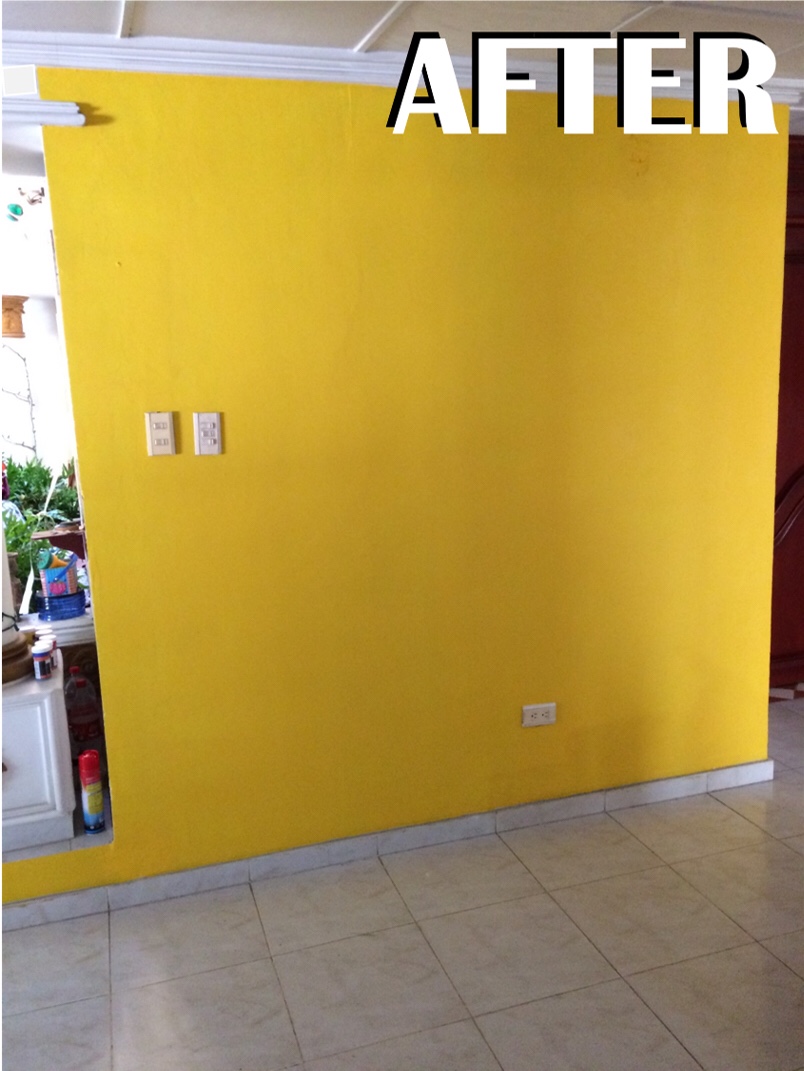 What do you guys think?! My grandma was SUPER happy with the outcome and everyone that came over afterwards said what a difference it made to the overall look of the house. Another remodel in the books!

One thought on “A Little Makeover Love for Grandma’s House”