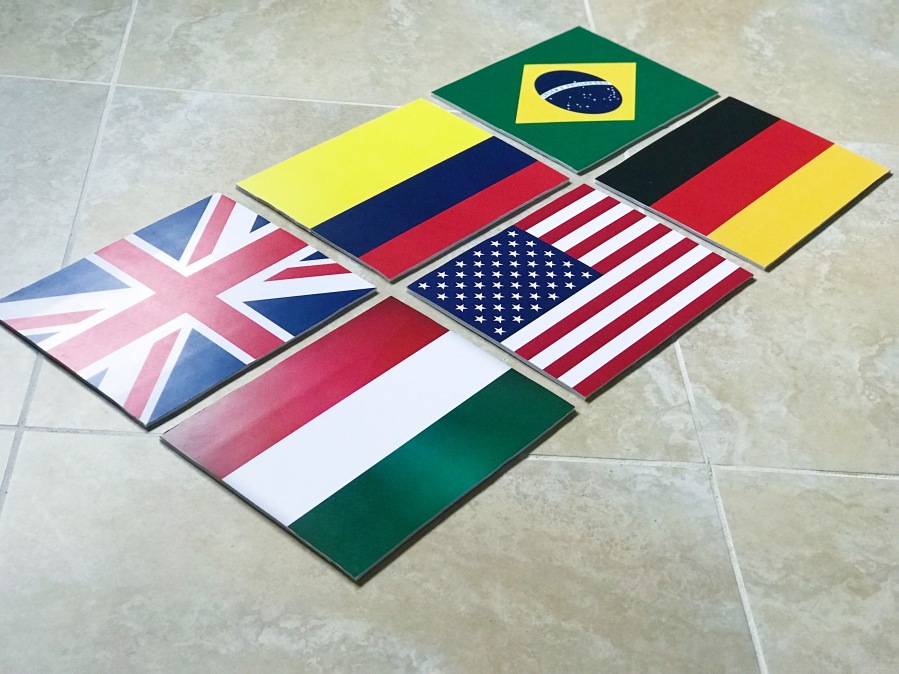 As you may remember from this post in the beginning of the year, I have the opportunity to be the Hannah Montana of Corporate America and crafting, because I work on corporate matters during the day, and I get to bring in my crafting life to corporate at night.

My old SAP colleagues love to reach out with out of the box and exciting requests for me (and for them) and this one even brought me a new experience in a new medium!

The last team I worked for at SAP was the Global Content Team – a group of seriously smart and out of the box thinkers who find new and innovative ways to tell the SAP story in written, video, infographic, or any other form they can come up with. Because most teams at SAP are comprised of employees from all over the world, they tend to meet in person at least once a year to evaluate their performance and decide on their strategy for the months to come. This year’s offsite meeting took place in Budapest, Hungary, during the World Cup. Because of that, my colleagues reached out to me asking to create some fun props and maybe a concept for a team-building exercise that incorporated the sporting event in some way. That was really all they asked for, which gave me carte blanche to run with the idea, but was also an extremely broad canvas that I wasn’t sure where I would take.

My thought process was the following: they would have a Welcome Dinner on the first night, followed by a day of team-builders, ending in a Closing Dinner. So I could make three sets of props, or something of the sort, one for each of the days. They also mentioned they were going to get the team members soccer jerseys of their corresponding nationalities, which made the idea light bulb go off for me to round out the concepts: 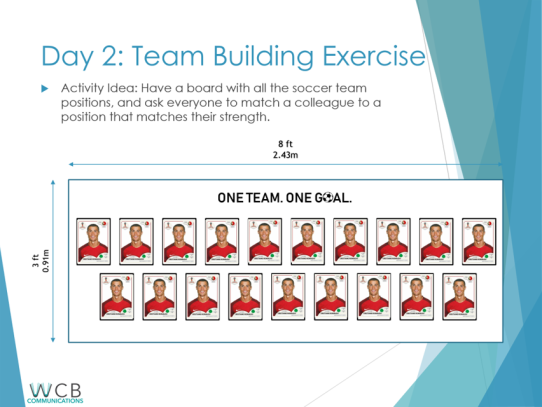 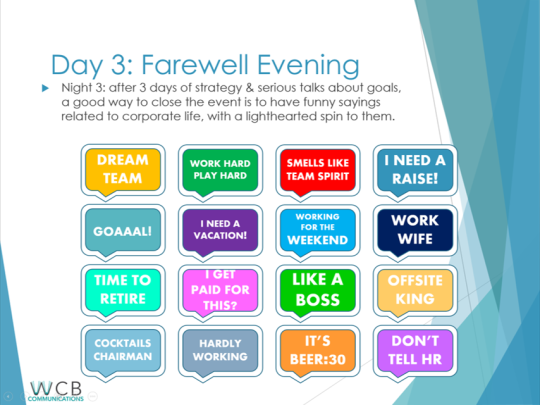 I heard feedback that the team loved the props and really had their fun with it all, and that the One Team, One Goal exercise with the banner and position-matching was a breakthrough moment for the team, and it definitely accomplished the goal it set out to do, which made me incredibly happy! There was also an HR business partner on site, and they reached out to inquire about other ideas for possible work in the future – and so the double-life continues 😉

Here are the pictures of the final product come to life – isn’t it cool how similar it all looks in person versus the digital proofs? Also, check out the thickness of the props when they’re stacked? Hand-cutting those brought back a lot of memories… 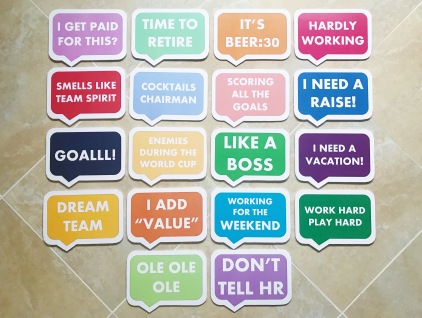 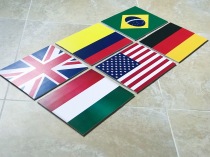 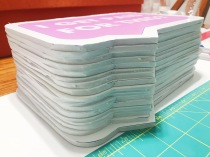 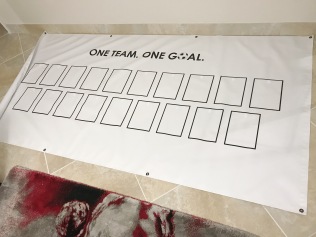 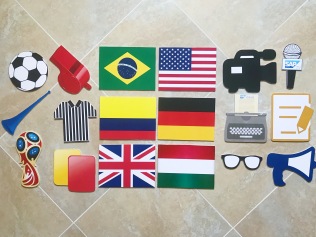 What do you guys think of the props and concept? I had a lot of fun doing this, and even though I never thought I’d do the sturdy props again, my hands were a lot less hurt this time around!